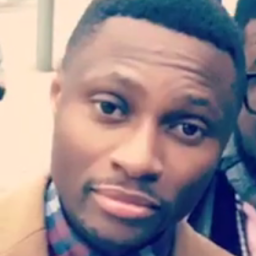 Now, for the rest of us who want to know more about the amazing turmeric, then keep reading...

What Is Turmeric & How Is It Produced

Turmeric (or “golden spice” or "Indian saffron" as they are called) is a tall plant native to Asia and Central America.

Other tropics around the world also cultivate turmeric . However, as of now, India accounts for the largest annual production of Turmeric (over 78%).

It is interesting to know that turmeric comes from the same family as ginger that's why they look so much alike.

The more common bright yellow-coloured powder turmeric spice you see around is produced by grounding the roots of the turmeric plant.

Ground turmeric is a major ingredient used in making curry powder and dye.

The ground turmeric is a not only a delicious and nutritious spice but has been used in traditional Ayurvedic and Chinese medicine for treating various health conditions Including inflammatory, injuries, skin diseases, digestive issues, and liver problems.

Western medicine has started discovering some of the benefits of turmeric too. And they are now commercially being used to make capsules, powders, teas, and extracts.

It is important to note that Curcumin is the key active ingredient in turmeric that gives it most of its powerful health properties.

It is interesting to know that Nigeria is one of the tropics that produce turmeric. And this begs the question...

Where is turmeric grown in nigeria?

Turmeric is cultivated by ginger farmers in the Southern part of Kaduna state Nigeria.

Also, few farmers in other parts of the north (particularly in the middle belt) farm low quantity of Turmeric too.

Where to Buy Turmeric in Nigeria?

You can buy turmeric powder in:

- Any Major Supermarket in Nigeria (Check the spice section)

- You can buy it from local vendors on JIJI

Local Names For Turmeric In Nigeria

Here are the various local names for turmeric in Nigeria:

According to the National Nutrient Database of the United States Department of Agriculture (USDA), one tablespoon (tbsp) of turmeric powder contains:

Various studies have been able to show that turmeric can be very beneficial for both your body and brain.

Here are some of the documented health benefits of turmeric.

Free radical damage is mostly responsible for quick ageing and many diseases.

And antioxidant is required by the body to protect itself from free radicals. The good news is that because of the way the curcumin compound in turmeric are structured, they are powerful antioxidant [1, 2].

That's not all, curcumin also enhances the activity of body's inbuilt antioxidant defence [3, 4, 5].

However, the bioactive substance, curcumin, found in turmeric, battles inflammation at the molecular level [7, 8, 9].

As a matter of facts, curcumin is so potent that it as effective of some anti-inflammatory drugs, without their side effects [10, 11, 12 ].

May Improve brain function and lower risk of brain diseases

Various brain disorders including Alzheimer's disease and depression has been linked to a decrease in brain-derived neurotrophic factor (BDNF) [13, 14].

It's been found that curcumin in turmeric can raise the levels of BDNF in the brain [15, 16].

Therefore, curcumin may literally reverse brain disorders and prevent a decline in brain function due to ageing [17].

In addition, it might also make you smarter and improve memory.

Decreases chances of having heart diseases

There are various things that can cause heart diseases.

However, a well-known cause of heart disease is an endothelial dysfunction. This is where the endothelium cannot properly regulate blood pressure, blood clotting and other vital processes [18].

Now, various studies suggest that curcumin compound in turmeric can improve the function of the endothelium.

In fact, some study discovered that curcumin can be as effective as exercising and using Atorvastatin drug  [19, 20].

Also, curcumin fight against inflammation and oxidation, two culprits that can contribute to heart diseases.

Studies have shown curcumin in turmeric to be effective in blocking cancer. Most especially digestive system cancers such as colorectal cancer [21].

As a matter of fact, some studies speculate curcumin can perhaps treat cancer. Because it has been found to affect the growth and spread of cancer at the molecular level (22).

However, more studies are still needed at the moment.

Most types of Arthritis are caused by inflammation in the joints.

And as discussed earlier, curcumin in turmeric is a powerful anti-inflammation. Which makes it a good arthritis reliever.

In fact, one study done on people suffering from rheumatoid arthritis found that curcumin was more effective than an anti-inflammatory medicine (23).

Curcumin in turmeric can slow down the ageing, as it fights against chronic inflammation and oxidation damage to the body.

Also, turmeric can help you live longer as it helps prevent various diseases including cancer, heart diseases, brain diseases and so on.

That's why it's found in many anti-ageing supplements [24].

Curcumin in turmeric has been shown to be a good mood-booster, as it can increase the brain neurotransmitters dopamine and serotonin [25, 26].

And depression is has been associated with decreased levels of BNDF.

One study suggested that curcumin can as effective as an antidepressant.

Side Effects Of Turmeric And Precaution

Turmeric is generally safe when consumed and applied to the skin. However, some people might be allergic to turmeric, which can lead to nausea, dizziness, diarrhoea or stomach upset.

if you experience any of the above symptoms while using turmeric, then you should stop.

Also, the following group of people should be cautious about the quantity o Turmeric they consume:

Pregnant and breastfeeding Mums: If you're pregnant or breastfeeding is generally safe when used in spice quantity for food. However, taking high doses for medical reasons during pregnancy may put your pregnancy at risk. Because it can stimulate the uterus. And as for breastfeeding, there is not enough information about its safety at high medical doses. So it's best to avoid until after breastfeeding.

Gallbladder Sufferers: Avoid using turmeric if you suffer from gallstones or a bile duct obstruction. It can make problems worse.

Bleeding Disorder: Turmeric may slow blood clotting process. And this can may increase the risk of bleeding in people who suffer from bleeding disorders.

Diabetes Patients: Curcumin, an active ingredient in turmeric, may lower blood sugar in diabetes patients. So diabetes suffers should consume with caution as it might cause blood sugar to go too low.

Surgery: Since turmeric may slow blood clotting, then it can cause extra bleeding during and after surgery. So seize the use of turmeric  2 weeks at least before any scheduled surgery.

So if you're on any medication, be sure to check with your doctor before you start using turmeric.

Turmeric is one of the top-rated healing spices in the world. That's why it has been used for centuries by Ayurvedic and Chinese practitioners for treating various health conditions Including inflammatory, injuries, skin diseases, digestive issues, and liver problems.

It's highly recommended you add turmeric to your spice collection to take advantage of all the health goodies it has to offer.

You can get your organic turmeric HERE.

Consuming turmeric as a spice is generally safe with rare side effects.

Greek Yogurt Nigeria: Nutrition,Benefit, How to Make it & Where to Buy it I Need IT FOR WEIGHT LOSS